Throughout his career Darragh has worked with a diverse range of individuals including professionals, volunteer performers and young people on projects ranging from the spectacular Opening Ceremony of the London 2012 Olympics to a production of West Side Story with inmates in a prison, full scale West End musicals and everything in between. All of these projects have one particular thing in common; they rely on people working as a team; sharing and supporting one another through a creative process.

Darragh believes that everyone can dance and move, and is passionate about creating an inclusive and non-judgemental working environment with fun and humour at it's core.

Workshops can range from a half-day to a full-day including activities such as Physical Theatre, Make a Music Video in a Day, West End Workshops, Flashmobs and themed dance routines from pop icons such as Tina Turner, Queen and the Spice Girls. The possibilities are endless.

Click here to discuss your requirements and to check availability. 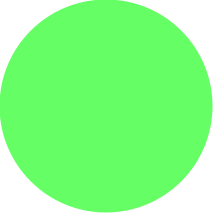 Now, more than ever, we need to work harder to connect the disconnected. By using techniques and exercises developed with professional actors, Darragh creates bespoke movment based workshops for businesses to develop confidence, prescence and communication with a focus on teamwork and creativity. 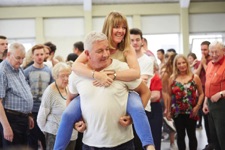 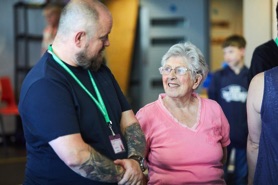