Pimlico Opera, the sister company of Grange Park Opera, aims to use music and drama to advance personal development, particularly with younger people in unusual places - hospitals, wonderful country houses, banks, prisons. West Side Story took place at HMP Erlestoke an all-male, category C prison in which people are serving anything from a couple of years to life sentences. 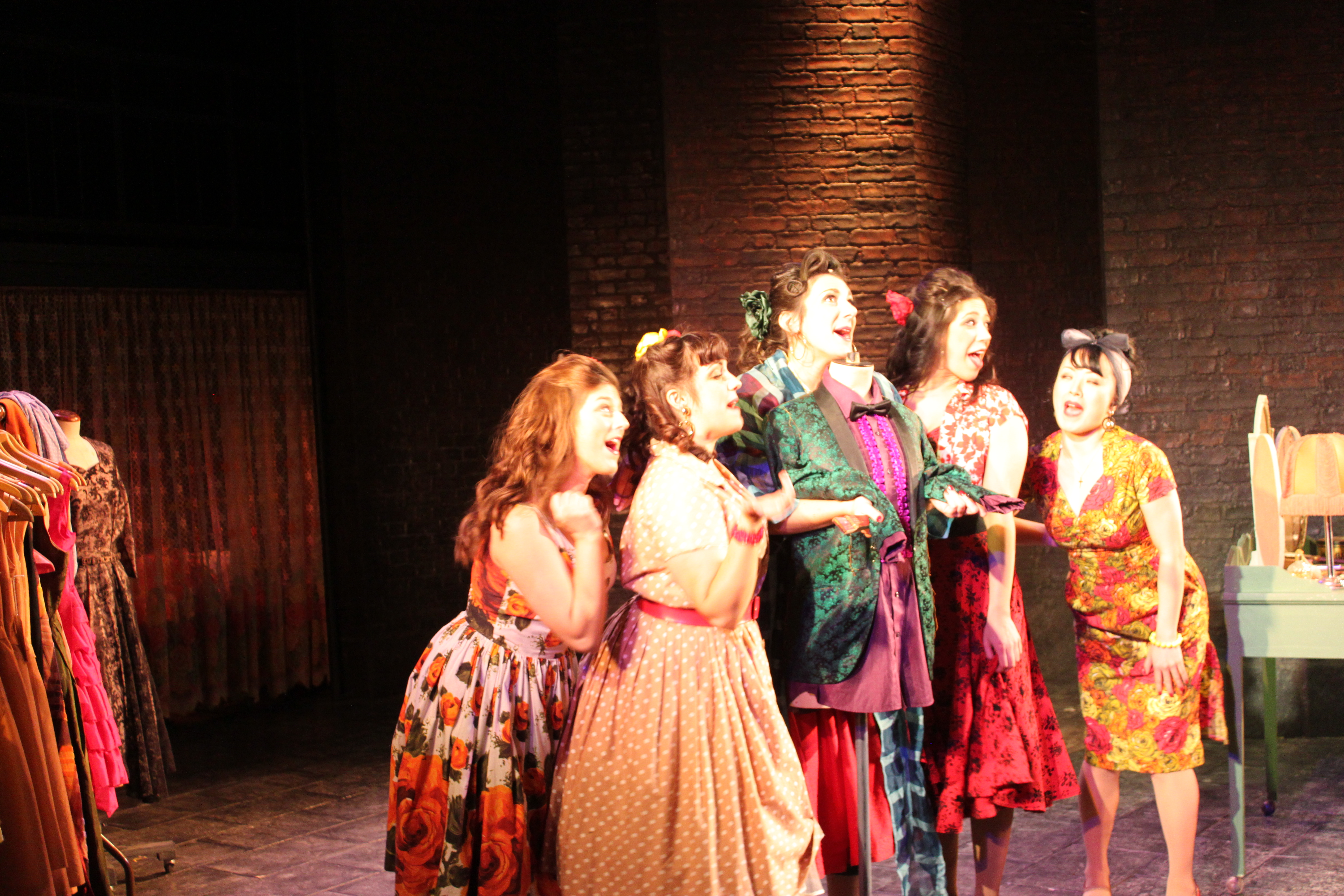 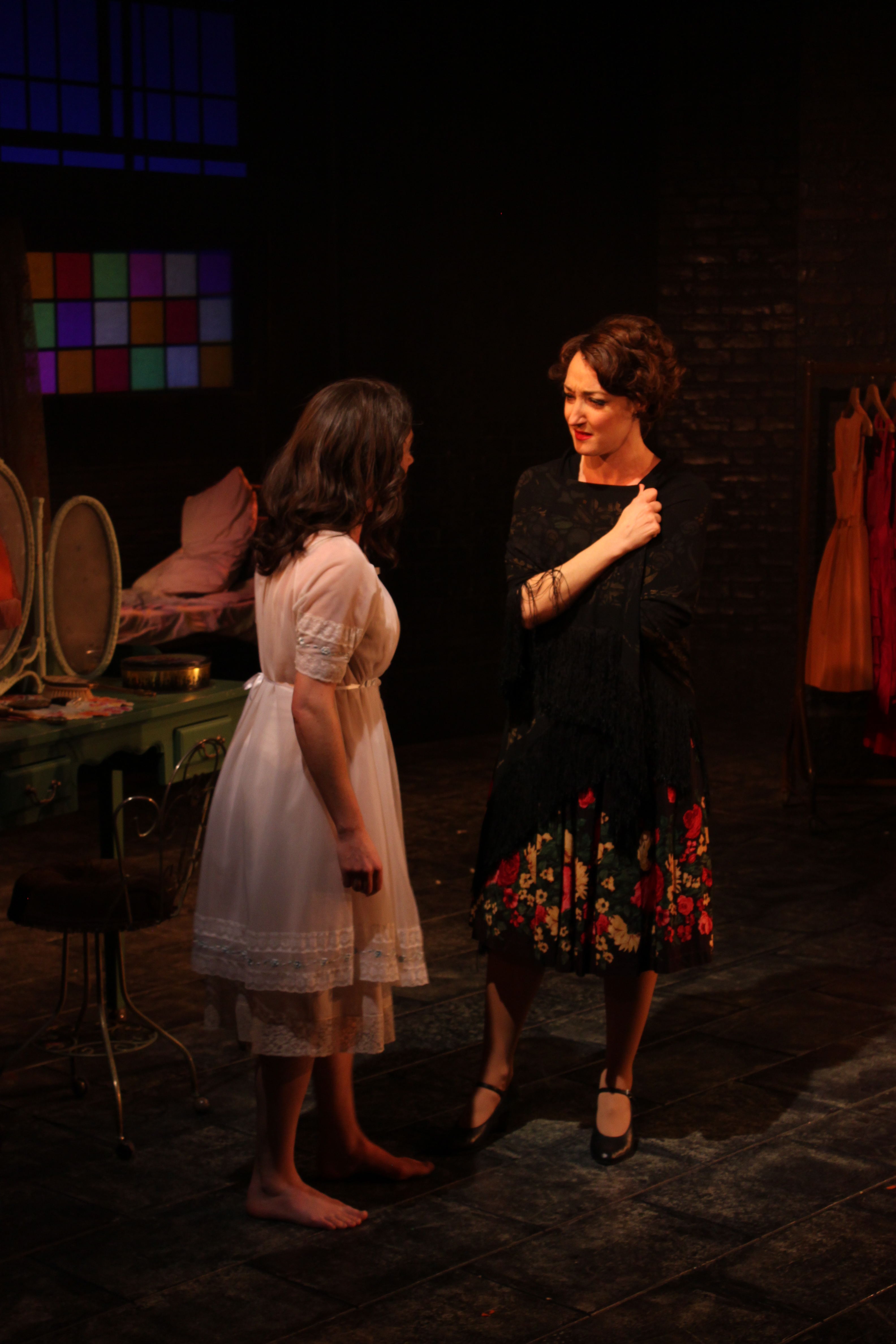 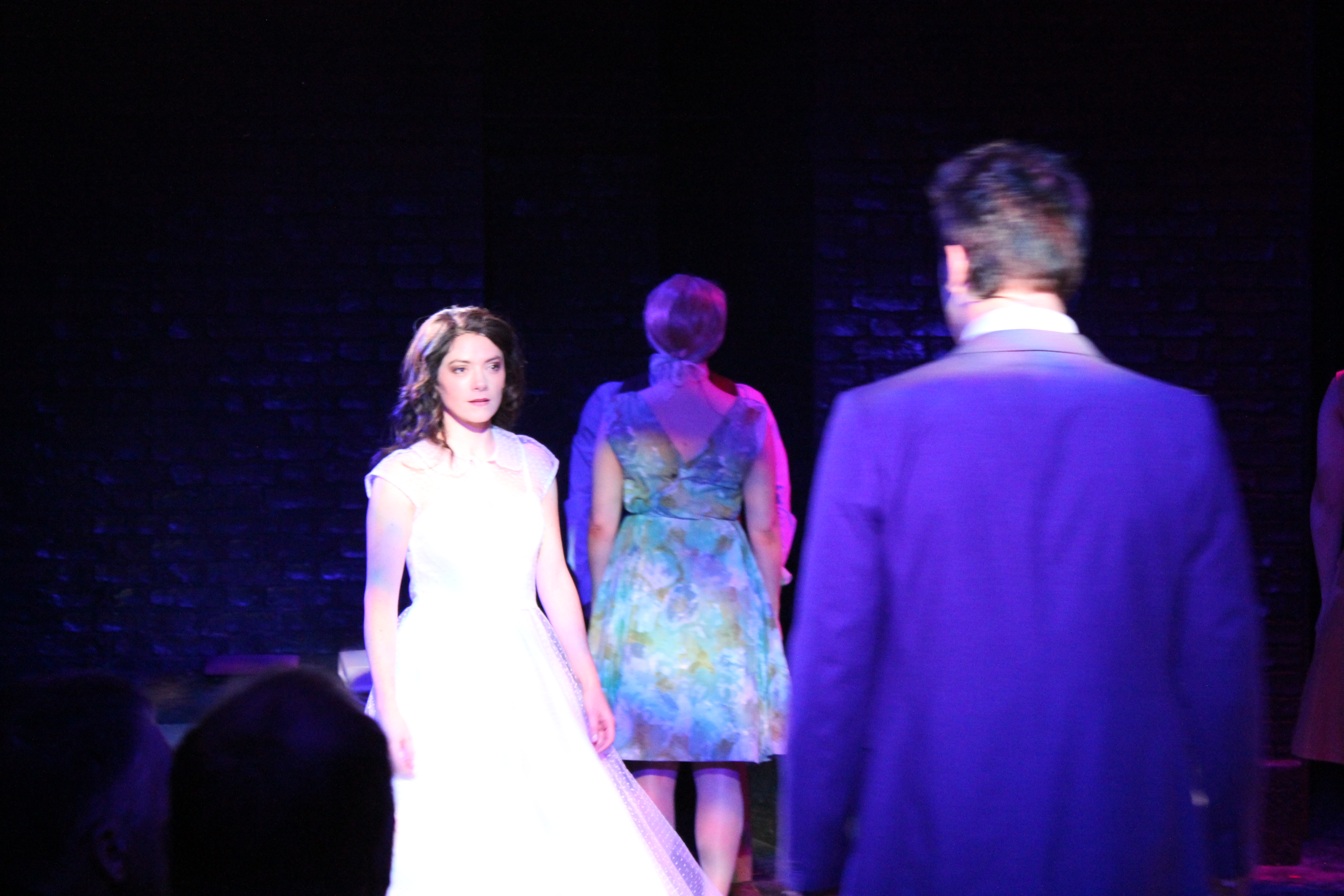 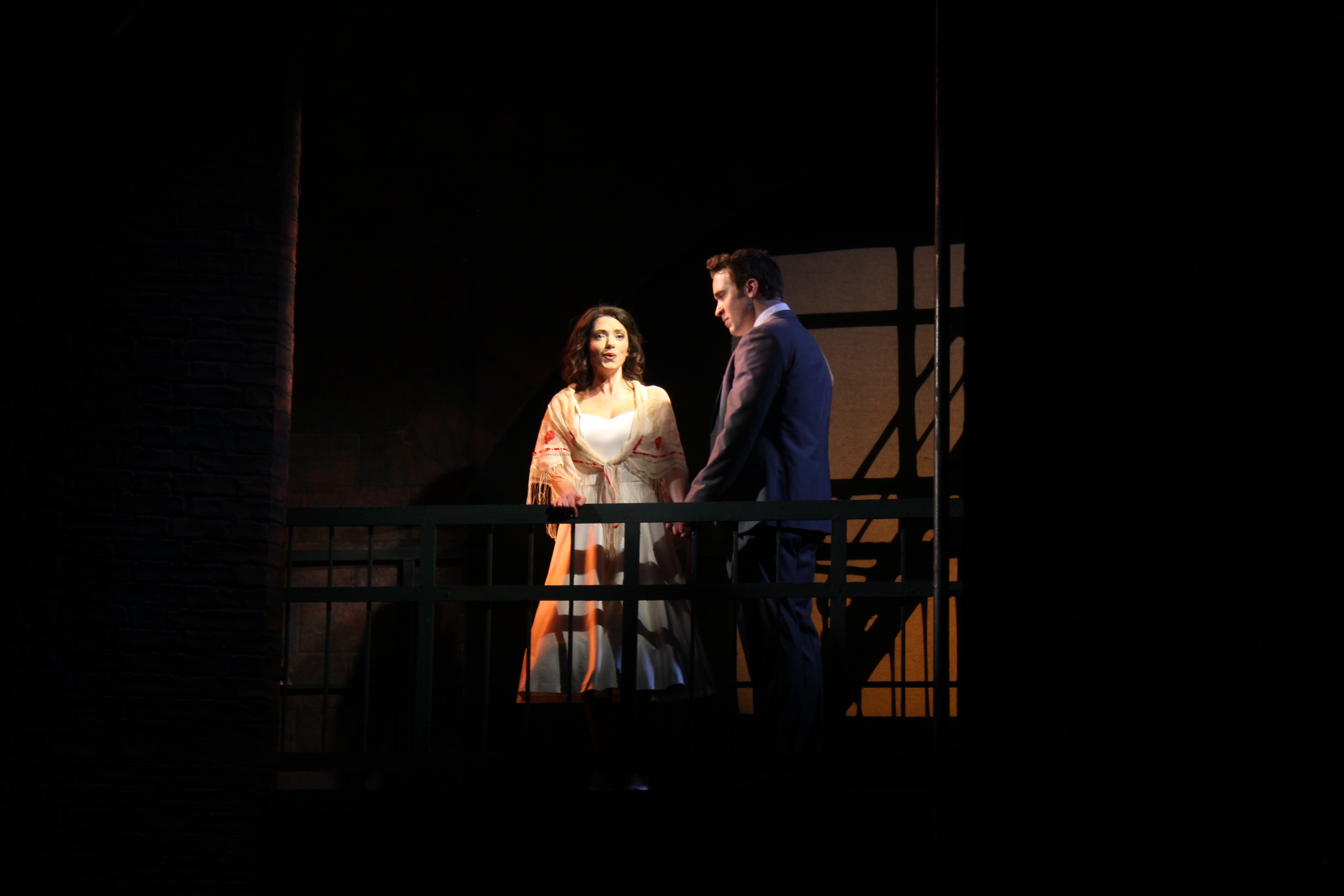 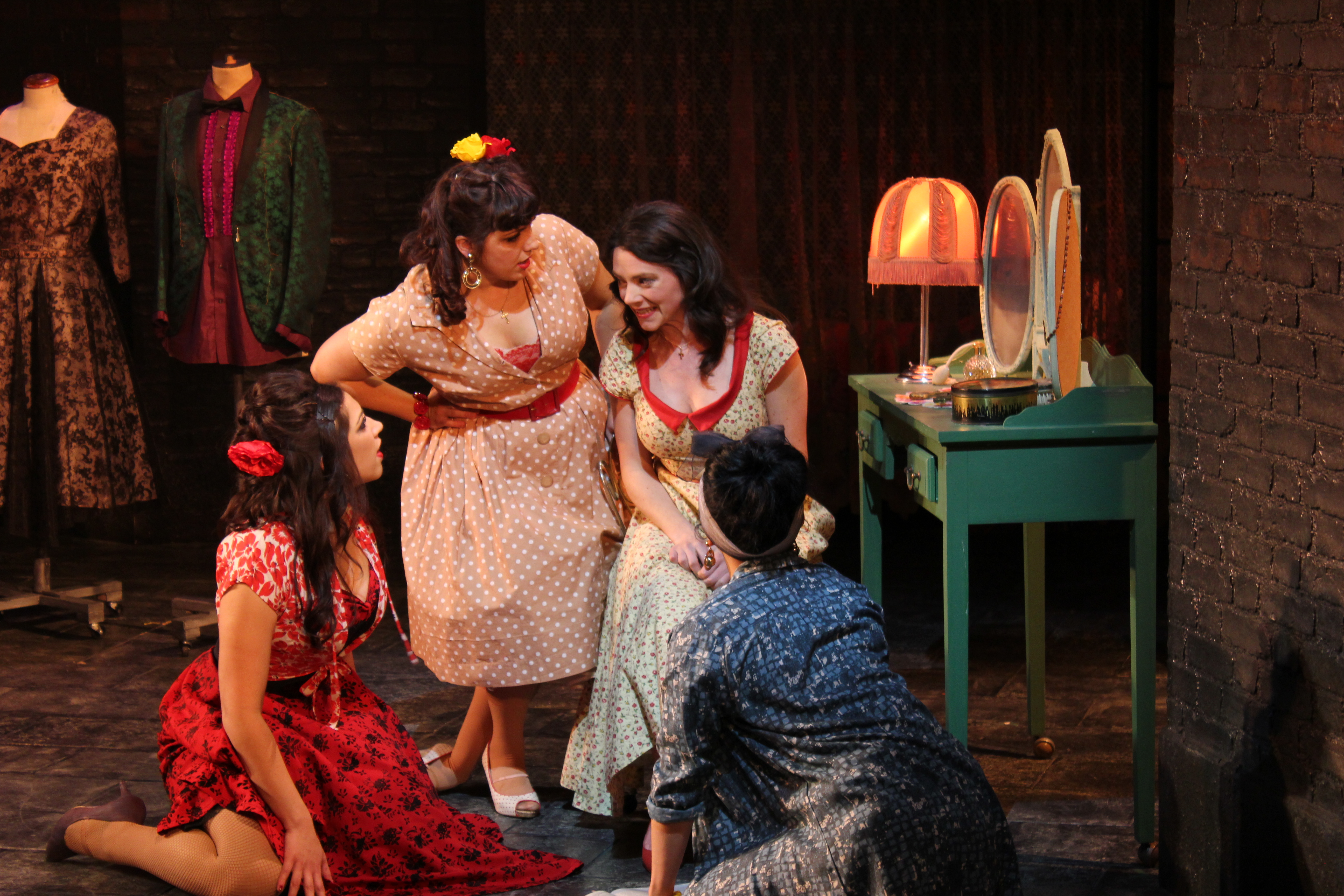 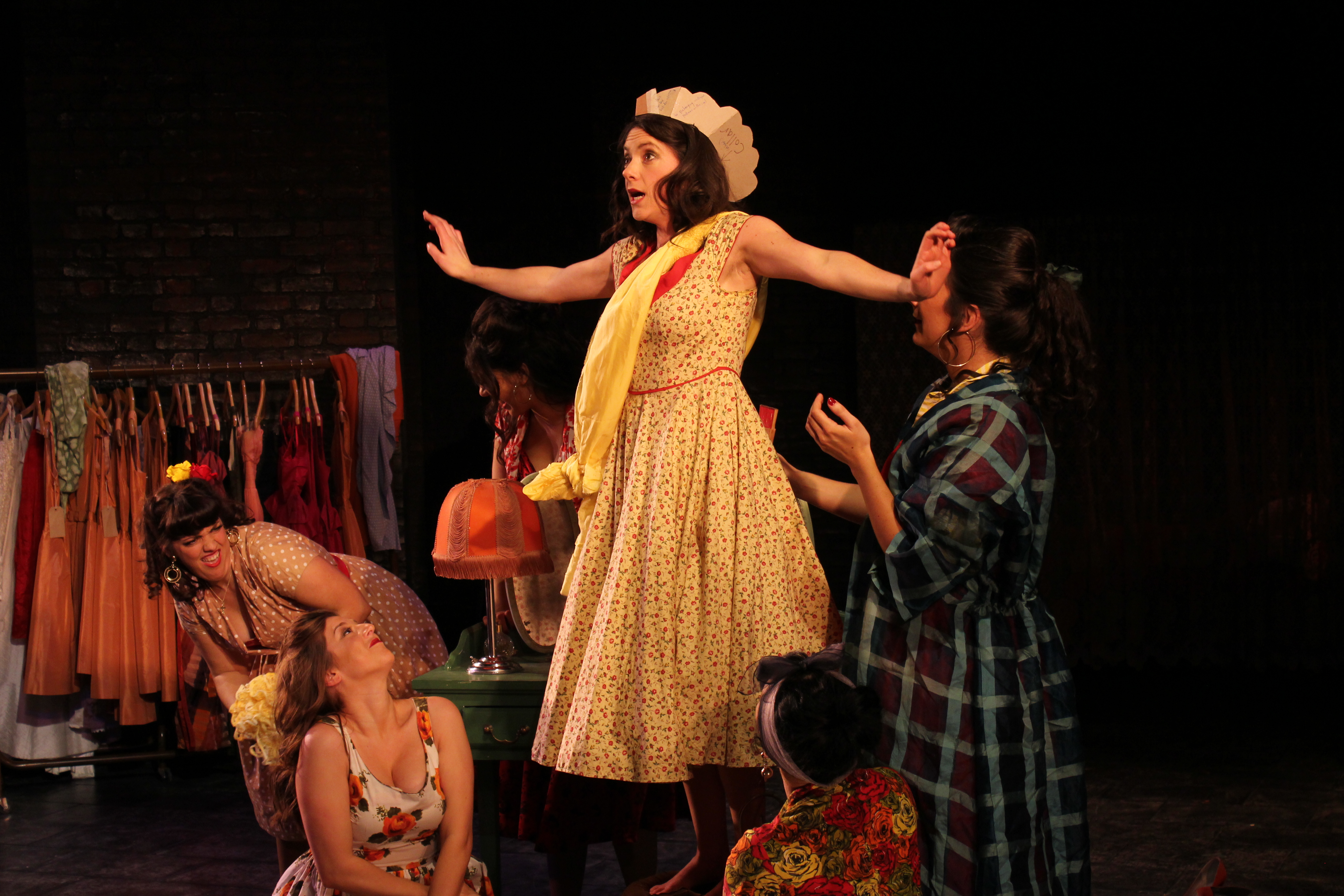 HMP Erlestoke prison meets Pimlico Opera. It’s their 20th project working with prisoners, but the reaction from the cast and audience is as fresh as if it’s the first encounter.

Erlestoke’s an all-male, category C prison in which people are serving anything from a couple of years to life sentences. Into this normally locked-down environment come in all-singing, all-dancing Pimlico Opera to put on West Side Story in just five weeks.

Playing merry hell with the routine, prisoners are allowed to use tools, ladders, have set and costume. The cast is largely new to performing arts, though a couple have performed with Pimlico Opera before and jumped at the chance to be involved again. The biographies in the programme give a sense of how alien this show business is, but also convey gratitude, and the enjoyment also shines out onstage.

Only lead role, Tony, is played by professional singer Robin Bailey, and other than the girls shipped in, the rest of the show rides on the prisoners. West Side Story is certainly an apt tale, and never have more of the plot points seemed more resonant than when performed by criminals.

The Jets, the white homegrown American crew is first onstage. With muscles rippling, and plenty of tattoos they certainly look the part. Led by Darren (Riff) this group faces off to the Porto Rican ‘Sharks’, fronted by Sachmo (Bernado).

The battles that ensue throughout the show have fantastic stage fighting—the ENO could do with taking lessons. Neil Cowley as Action shines as a natural, charismatic and comic. Next to these two gangs Bailey looks fresh faced and innocent, desperate to unite the warring gangs so he can be with his love, Maria.

It’s not all comfortable territory, the cast is given no respite in the choreography and throw themselves into the Mambo, salsa dancing, spins and lifts galore. The show suddenly steps up a gear at the first rendition of "Somewhere", the whole team singing ‘there’s a place for us, somewhere a place for us, peace and quiet and open air’.

All of this emotional tension is released with the comical "Officer Krupke" number. Some of the cast look self conscious until this point, but here suddenly all the men have smiles twitching at the corners of their mouths, and certainly deliver, fantastically directed / choreographed by Nikki Woollaston.

From hilarious psychiatrists to falsetto social workers, the performers are committed to their roles and the applause following just didn’t stop. This buoyed up the cast so much they could hardly get offstage with the excitement.

It’s impressive watching a group of beginners remembering lines, stepping out of their comfort zone and achieving astounding results. An audience will always get behind that no matter who’s onstage, but the hope radiating from this audience was tangible, willing the prisoners to succeed. Seeing the camaraderie onstage, the drive, determination, and individuals confidence growing with each applause is testament to Pimlico Opera’s mission.

Pimlico Opera believes that involving prisoners in arts projects could be the key to unlocking a piece of their soul, and stopping them re-offending. The cast has to work in a disciplined manner, embracing the unknown. Pimlico Opera helps prove to the public how much talent is locked up in each individual and offers the prisoners a chance to feel how good it is to achieve.

The shows they choose to perform with the inmates don’t shy away from the raw subjects, and the repeated scenes of gang rivalry, violence, guns and death must make for an interesting rehearsal process. Their aspirations for each member of the cast was echoed by a lot of goodwill from the audience, and the talk as everyone left the building focused on ‘why isn’t there more of this happening?’.

All this work is funded privately with each show costing around £185,000. If this project is anything to go by and the repeated positive response from Prison Governors, Pimlico Opera deserves public funding to allow an extension of its work.

The response from audience and prisoners alike to this one show is inspiring; wouldn't it be wonderful if they could affect many more lives each year?